Today, I wanted to get through a scene with several knots.

I needed to get Gilda and Wilgnu free from their leashes so they can do magic. I needed to show the extent of Wilgnu’s weakness and desperation. I needed to figure out the geography of the amphitheater, the hill, and the river.

I let these problems roll around in my brain all weekend before sitting down to start the work on paper today. Here’s the start of the chapter giving me trouble:

As the girl led Gilda and the boy out of the domed building by leashes, Gilda couldn’t resist touching the small squares of hides lining the shelves. The girl reacted as if Gilda had done something unholy, which she supposed she had.
“Don’t touch those. Your hands are filthy! Daddy would have a fit if he knew you were even standing that close to them.”
Gilda dropped her hand as if she had touched an open flame. “I’m sorry. I didn’t realize they were your trees, but I see now.”
“What are you talking about? I mean, yes. They were trees.” The girl huffed. “Never mind, just come along.” She yanked slightly on the leashes and the two captives scrambled to keep the line slack. As they exited the warrens of shelves, the warmth of the day was exhaling a cooler breath. Gilda and the boy paused a moment as if listening to a far off cry.

Several things bothered me about this scene. I hated having to refer to Majidah as “the girl” by using Gilda’s POV, so I went back to a previous chapter and had her learn Majidah’s name. You’d be surprised how many places where I’m stuck can be freed by retracing my steps. 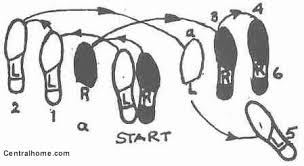 I kept in mind what would stand out to Gilda and how she would see things from her perspective. What is important to her? What touches her and makes an impact?

I’d already fixed some of this, and it was in a different place in the chapter now. I added more dialogue to show personality and increase pacing. I gave Wilgnu more time in the scene, too.

Let me know what you think! Hopefully the dialogue sounds less caricatured.

They exited the darkening room and navigated narrow halls lined with shelves. These were packed with small squares of hide with colorful squiggles that reminded Gilda of the pattern light made on water through leaves. She couldn’t resist raising her bound wrists to run a finger over them. She gasped as the girl jerked hard on the leash, causing her to stumble.
“Don’t touch those. Your hands are filthy! Daddy would have a fit if he knew you were even standing that close to them.”
“What are they?”
The girl huffed. “Seriously? They’re books. Don’t you know what a book is?”
“No. What are they?”
“They’re our stories. We write them down and then read them.”
“Like magic?”
“I guess, but not like story-spinning. I mean, someone spun them originally, but they don’t do anything now.”
“I can’t hear anything,” Gilda said.
“Well, of course you can’t. You can’t read, can you? I mean, they don’t talk.”
“I don’t understand.”
Wilgnu coughed. “I feel dizzy. Can we slow down?”
Majidah stopped abruptly and stared at him. “Are you kidding? If my father catches me with the two of you, you’ll feel more than dizzy.” His lips were edged in blue. The girl changed her mind at his appearance. She gestured at a stool. “Just for a minute.”
Gilda put her bound hands on Wilgnu’s knee. “Can I help you in some way? What do you need?”
He leaned on his elbows. “I just need to catch my breath. Once we’re outside, it should be better, but I feel like I can’t breathe.”